Director, Centre for the Study of Religion and Politics, University of St. Andrews

Fifty-five years ago, the most revered Ernesto Ché Guevara died in Bolivia, after being captured by pro-CIA forces and being executed. However, his legacy was of a utopian Argentinean medical doctor who managed to spread revolution in several countries, particularly in those who had not achieved self-determination yet. Therefore, his figure does not depend on the actual results of contemporary unjust revolutions such as those of Cuba, Venezuela, or Nicaragua but on the call to self-determination that started on 1st January 1959 in Cuba. 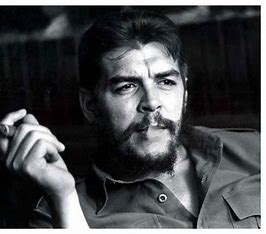 The principles of such Marxist uprising called on workers and the infrastructure to take over the means of production (the suprastructure) because those in power and ownership would have never done so on their own accord. Other guerrilla fighters followed such as Camilo Torres in Colombia and Miguel Enríquez in Chile. However, one characteristic of such examples is that when they won recognition, they didn’t change their lifestyle close to the workers and peasants and the good examples gave their lives for what they believed was the correct vehicle to achieve social justice, human dignity, and equality for all.

Those bad examples come from countries such as Nicaragua where former guerrilla fighters such as Daniel Ortega became established oligarchs with considerable wealth that must have come from state funds because they were not landowners of chief executives of international corporations. However, in the last few days even such hardness against the Church and those who were not in favour of the lasting grip of resources by the Sandinistas were put to the test by international sanctions, Latin American condemnations, and harsh words against Ortega even coming from Pope Francis and vice versa. The strong persecution of an opposition to the regime and towards the Catholic Church need to allow for humanitarian corridors where the sick, the old and the infirm can be given medical help and emotional support. There have been a couple of examples of such humanitarian corridors but more needs to be done.

I had the chance to have an open conversation with some comandantes about what constitutes an opening and a humanitarian corridor, and we all agreed that maybe an American style democracy fails to deliver social justice and equality for all. However, constitutional thinkers such as Camila Vergara of the University of Cambridge and with links to this centre of research have skilfully developed further models of revolution, namely the plebeian revolution. If one is surrounded by revolutionaries any revolution is of interest and like in a seminar, comandantes such as Daniel, Ernesto, Penacho, Juan and others asked me to read to them these new revolutionary works. I read from Camila Vergara’s República Plebeya:

Camila Vergara refers to the communal groups that become the place where citizens are equal and where constructive dialogue takes place because there is not presidential executive power that can act against the will of the people. Such proposition led to an all-night conversation in which of course I reminded them that dictators and oligarchs would have no place. And such conversation reminded of Ché Guevara and the beginnings of the Cuban revolution with conversations about a common project for the future in which everybody had a role and a place.

What Camila Vergara calls ‘a new free society’ is still what united those comandantes on agreeing on a possible future which starts with humanitarian corridors and further conversations, not with the crushing of any opposition or any group within society. For now, only a memento of the life of Ernesto Ché Guevara, and a conversation to be followed within the crisis of Nicaragua.